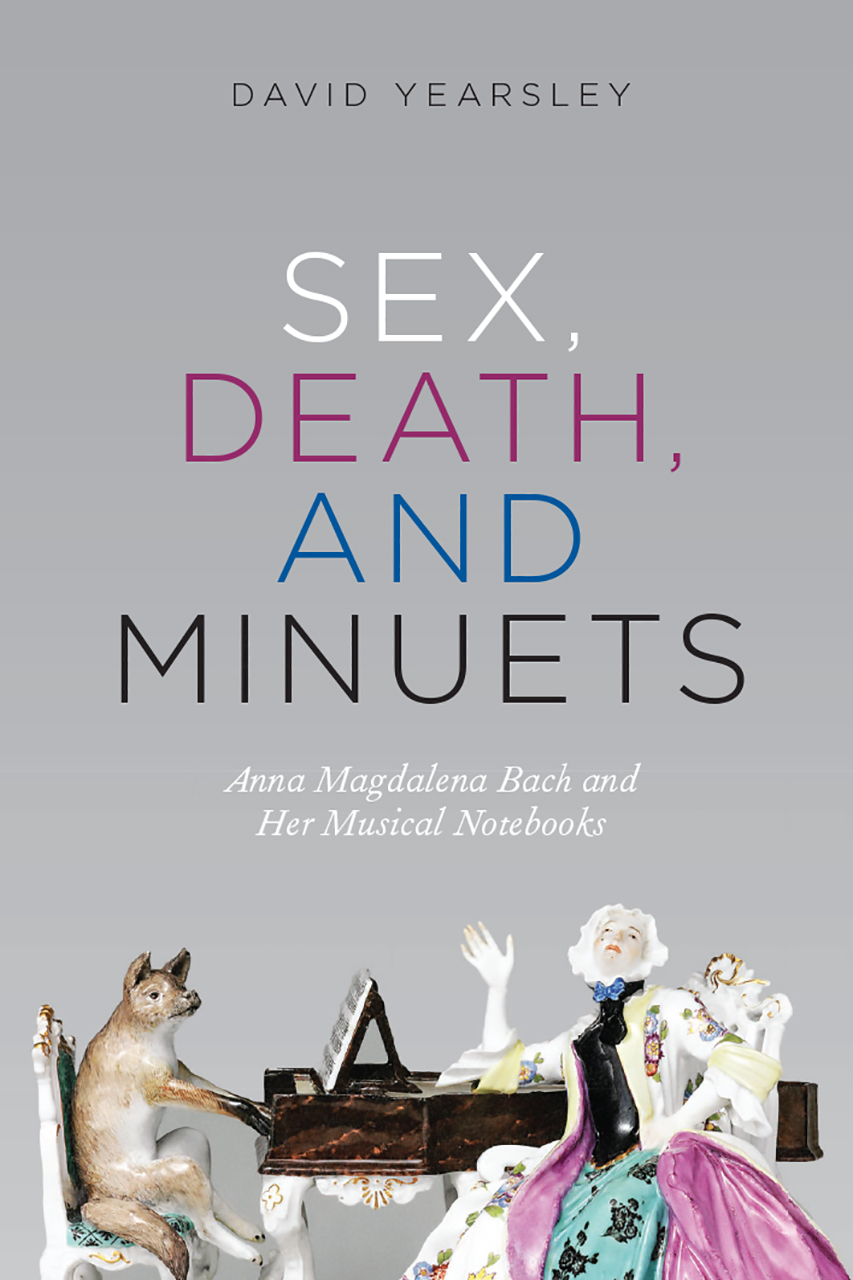 The pride that women in eighteenth-century Leipzig took in wearing hoopskirts so unwieldy that town councilors considered them safety hazards, the reputation of middle-class women who smoked tobacco, and the paltry scraps of funds that the widows of Leipzig musicians were often left with after their husbands’ deaths these are only a few of the captivating historical nuggets that make David Yearsley’s most recent book not only a much- needed addition to music scholarship, but also a pleasure to read. Anna Magdalena Bach née Wilke, the second wife of Johann Sebastien Bach, was mentioned by name only once in print during her lifetime: in her husband’s obituary, she is referred to as his wife without any mention of her prodigious musical background or accomplishments. While she surfaced repeatedly in plays, novels, and films throughout the 19th and 20th centuries–often as a model housewife, mother, or widow rather than the professional musician, copyist, and teacher that she was–she has remained a marginal personage in music historiography, emerging only briefly in Bach scholarship as a figure on the sidelines of her husband’s career. Yearsley’s study carves space for Anna Magdalena in the disciplines of Bach scholarship, eighteenth-century music and culture, and the history of the book. His study is not a biography of Anna Magdalena, but rather a study of the contents of her famous musical notebooks from 1722 and 1725 and the attitudes of and about women in early eighteenth-century German Lutheran society that they represent.

Anna Magdalena was born in 1701; by the age of twenty, she was working as a well-paid singer at the court of Anhalt-Cöthen, where she met her musical colleague and future husband, Johann Sebastien Bach. After her marriage, Anna Magdalena actively participated in the musical life of the Bach household, copying her husband’s works, teaching music theory to her children, and performing on several occasions at the court of her former employer. After Bach’s death, Anna Magdalena was thrust into poverty, depending mostly on charity until she died. Unlike so many musical women in eighteenth-century Europe, Anna Magdalena achieved posthumous recognition in literature and film thanks to the survival of her two musical notebooks, which her husband gifted to her in 1722 and 1725, respectively. These notebooks contain music by (J. S.) Bach and other composers in a variety of genres; Johann Sebastian and Anna Magdalena copied the pieces into the notebooks and likely used the notebooks to play from and teach music to their children. Chapter One explores how the notebooks sparked a “Magdalena Mania” in the nineteenth and twentieth centuries, surveying a variety of scholarly and fictional works that used the notebooks variously to portray Anna Magdalena as a symbol of domestic harmony, an icon of German nationalism, or an empowering role model for women who seek to assert themselves in a society governed by men (1). As Yearsley argues in this chapter, however, these representations of Anna Magdalena neglect her role as a performer and, to put it simply, as a human being–one who experienced the sensual pleasure of marriage, the tragedy of losing children, and the sorrow of widowhood.

It is these themes of womanhood that Yearsley explores in the remaining chapters of his book, each of which interweaves analysis of J. S. Bach’s compositions, including pieces from Anna Magdalena’s Notebooks, with discussion of eighteenth-century Lutheran life and culture. Taking as its starting point a poem that Anna Magdalena penned into her second musical notebook about the size of her husband’s penis, Chapter Two explores sexual vulgarity, humor, and tenderness in contemporary marriage ceremonies, literature, and music. Yearsley spotlights the physicality of love that imbues the pieces J. S. Bach composed for weddings, such as the fragmentary cantata Vergnügte Pleißenstadt (BWV 216). Chapter Three notes Anna Magdalena’s inclusion of multiple pieces in her notebooks that reflect on death, such as “Bist du bei mir” (BWV 508), and frames these compositions within a culture that faced the dark reality of frequent childhood death as well as the centrality of death, salvation, and resurrection in Lutheran society. Chapter Four tackles the considerable amount of keyboard music in Anna Magdalena’s notebooks, highlighting the challenges that female professional organists faced in a society that typically considered keyboard playing as a social grace but not always a respectable career for women. Chapter Five reviews J. S. Bach’s Coffee Cantata (BWV 211) and Aria di Giovannini (BWV 518) to investigate how women in Anna Magdalena’s world negotiated their independence in a generally restrictive society, from obtaining employment as professional court singers or Sängerin to donning hoopskirts, which the Saxon writer Eleonora Charlotte Leucorande defended as a whim of fashion that nevertheless gave women an opportunity to express themselves (166-67). Finally, Chapter Six considers the chorale preludes and hymns in Anna Magdalena’s notebooks that allude to death and salvation, angling these pieces against the financial and emotional hardship that Anna Magdalena faced in her widowhood.

It is the final chapter, above all, that highlights the empathy that Yearsley’s book builds between the reader and Anna Magdalena. Yearsley is blunt in his description of the financial hardship Anna Magdalena faced after her husband’s death, when she was left with a sum of money that Yearsley speculates may have been sufficient to feed her and her children for about a week (193). While Yearsley does not aim to write a biography of Anna Magdalena, his emphasis on Anna Magdalena as a human–in such stark contrast to the godly portrayal that her husband often receives in popular literature and scholarship–leaves the reader with a sense of having glimpsed the joys and hardships, and the triumphs and tragedies, of Anna Magdalena’s everyday life. As such, Yearsley’s work stands as a model for future scholarship on female musicians and on the contributions of women to music history.

Yearsley’s use of Anna Magdalena’s Notebooks to ground this study may also serve as a model for future scholarship on music manuscript miscellanea of the period. While Yearsley does not acknowledge it in his book, Anna Magdalena was not unique in curating manuscript collections of her favorite pieces. Numerous manuscript volumes of miscellaneous musical pieces survive from the seventeenth and eighteenth  centuries that represent the efforts of individuals to preserve the music they liked for performance, pedagogy, or pleasure. One such volume currently held at Houghton Library, Harvard University (US-CAward M1507.L84 P58 1701), for instance, preserves music that was copied by at least seven people over a period of some seventy years. An exploration of how Anna Magdalena’s notebooks fit within this broader practice of maintaining and curating manuscript miscellanies of music would further advance Yearsley’s objective of contextualizing Anna Magdalena within her culture and exploring how women participated in musical life during this period.

Ultimately, Yearsley’s book is not only a sorely needed alternative study of J. S. Bach’s music, but is also a pleasure to read. His writing is vivid and punchy, lending the music he discusses  a visceral sense of how Anna Magdalena herself may have performed it. Take, for example, his discussion of a cadential phrase in Bach’s Coffee Cantata: “This terrifically taxing, euphoric rush through jumps, trills, and runs exhausts itself in the ultimate sensual rapture, ecstatically abandoned, yet requiring supreme technical control” (80). Bach scholars and students of music history alike should find this book a refreshing reevaluation of the composer’s music as well as a page-turning read.