Good Music: What It Is & Who Gets to Decide, by John J. Sheinbaum 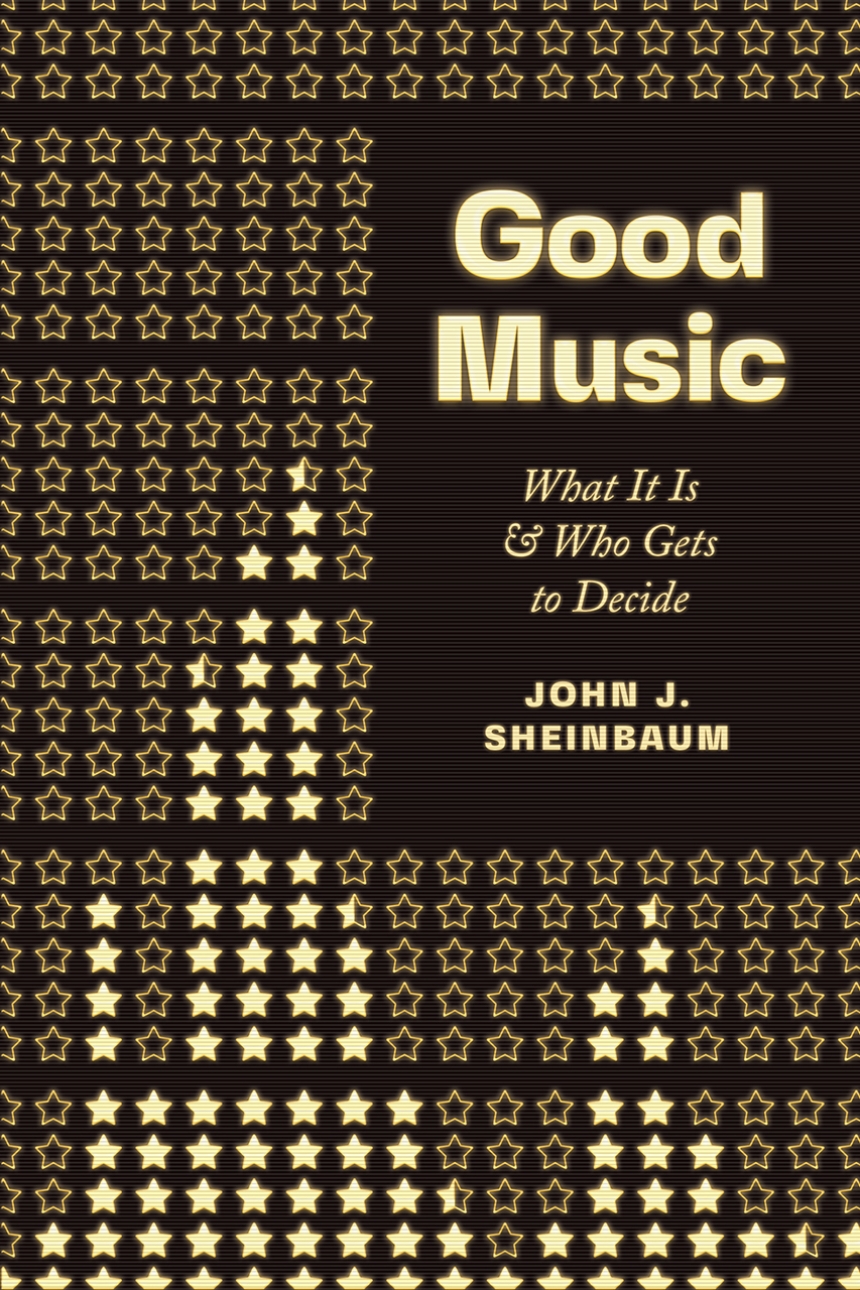 In recent years, music scholars and pedagogues have made efforts to shift musical discourse toward greater accessibility and openness, resulting in “public musicology.” In keeping with this spirit, John J. Sheinbaum’s Good Music: What It Is & Who Gets to Decide offers an alternative way of listening to canonical works, one that resonates with the values of our time and place while acknowledging the aesthetic legitimacy of conventions that have been useful but that inevitably reflect deep-seated value judgements. Sheinbaum demonstrates how musical features associated with jazz and popular music (such as borrowing and improvisation), and thereby considered less significant in the classical music world, in fact play an integral part in well-known classical works. In turn, features associated with classical masterpieces and thus widely regarded as the signifiers of “good” music (such as long-range structural unity, intricacy, and depth), are not uncommon in jazz and popular music. According to Sheinbaum’s arguments, the conceptual boundaries between style elements of classical and vernacular works should be treated with greater flexibility in order to accommodate diverse types of music available to audiences today (14).

The body of Good Music is organized according to the six conventional values by which music critics of a Germanic tradition have, since the early nineteenth century, examined and evaluated the “good”-ness of music: “Serious,” “Unified,” “Deep,” “Authentic,” “Heroic,” and “Original.” In tension with these metaphors, Sheinbaum creates a wide network of disparate genres, styles, and historical periods. He attempts to illuminate diverse qualities and meanings of masterpieces that have been confined primarily to a single desired image of art as perfection. In Sheinbaum’s interpretive paradigm, works that have been known for their structural coherence and stylistic homogeneity can be rediscovered as improvisatory, timbral, and ephemeral through diverse approaches to performance and listening. Sheinbaum identifies such conventional dichotomies as “highbrow” and “lowbrow” in his interpretation and handling of music, but he does not attempt to reconcile these, as doing so risks privileging one over the other. For example, in discussing Beethoven’s Ninth Symphony, Sheinbaum does not purport to synthesize the presence of heterogeneous materials and the “hoped-for coherence of the music itself”; rather, by problematizing dualism, he aims to utilize the possibilities of meaning that fall between the binaries (55). Music is inherently intertextual, multifaceted, and multivalent: what is needed is “a listener’s mode of engagement with music” not constrained by “initial perceptions of the sounds themselves” but open to multifarious connections that listeners are free to make for themselves (50).

This revised conception of the musical canon, and the valorization of the listener as a participant who contributes to the construction of meaning and value in the work, is nothing new. Intertextual and performance studies, and their Barthesian approaches to music as activity, have interrogated Western systems of power and control and have contested and provided alternatives to the ideal of a singular canon. What distinguishes Good Music from prior studies is Sheinbaum’s attention to the formation of value judgement and a willingness to critique the internalization of aesthetic bias. Optimizing “essential traces of contemporary Western society, such as increasing diversity, engaged dialogue with authority, and creative play with conventions” (18), his model of valuation does not denounce the analytical and critical practices of the past as mere ideologies of yesterday. Instead, Sheinbaum reevaluates these as perspectives worthy of scrutiny, not only because they continue to serve as metrics of good music in some classical repertoire, but also because at times they can be useful tools in approaching non-classical musics.

Sheinbaum’s discourse is engaging and stimulating, encouraging a creative and open-minded approach to the musical canon that is much needed in our music history classrooms. His arguments help broaden our understanding of authorship from singular to collective and expand the notion of creation from a steady pouring-out by a singular genius to a continuous working-out involving self-borrowing, remix, and varying performances. Good Music leads us to rethink what it really means to make music, emphasizing that the performance often relies on performers and audiences as much as on an absolute notion of the music in itself. With examples such as the opening motive of Beethoven’s Fifth Symphony, Sheinbaum distances himself from traditional interpretations of the music as representing the composer’s singular voice and from the work as an autonomous entity. He hears this motive anew as “quite ambiguous, performative, and even improvisatory” (46). Likewise, Sheinbaum asserts that the focus of jazz (e.g., the work of Miles Davis as either soloist or background player) lies in “the dialogue between the players” as much as “the inner dialogue comprising any individual performance” (174).

This practical mode of experiencing music and the canon owes much to Sheinbaum’s particular attention to gesture, timbre, emotion, and above all the psychological effect of music. These are elements that have been viewed as problematic in conventional positivist approaches and thereby disregarded as “‘secondary”’ parameters in “highbrow” music while being taken for granted in “lowbrow” music (89). Negotiating the ideals of depth and authenticity in both classical and popular musical canons—the primary strength of Good Music—he identifies surface elements, like gesture, color, and effect, as aesthetic markers of good music and revisits such repertoire as Mahler’s symphonic works and 1970s progressive rock from this perspective.

Against the backdrop of recent demands for diversity, equity, and inclusion across the arts, Sheinbaum’s Good Music seems a well-timed and well-intended work. He advocates not canceling but rekindling interest in classical, canonical music together with all other musics and articulates that there are various ways in which music, its composers, and its performers engage in dialogue with the public. However, Sheinbaum’s focus on American or Western musicians and audiences is largely limited to a racial binary of Black and white, thereby falling short in capturing the ethnic diversity of twenty-first-century listeners. Although each of Sheinbaum’s dialectical frameworks embraces and implies numerous possibilities in between binary oppositions, and Good Music has been translated and published in Korean, there is not much indication of the author’s direct consciousness of brown people or of people who identify as neither “Black” nor “white.” In fact, these other demographics are growing rapidly in postsecondary schools, and their members are active practitioners of classical and popular music. Additionally, most of the musicians Sheinbaum recognizes in the book are male.

Although the author’s positions on these specific issues are questionable, Good Music deserves attention from both experts and discerning general readers. With its nuanced and imaginative approach, wide coverage of genres and styles in criticism, and enticing arguments for rethinking canonical works, Good Music takes us one step closer to public musicology and its mission for the embodiment of socially relevant canons.