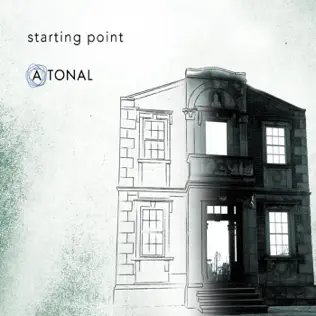 The A/Tonal Ensemble is committed to commissioning composers local to the area from which the group was founded, Louisville, Kentucky (USA). In addition, they also strive to perform works by living composers from around the world. Featured on this album are clarinetist Carrie RavenStem, pianist Jessica Dornan, cellist Felix Borges, and violinist Robert Simonds. Together the sound of this collection of instruments lends itself well to the repertoire of this recording, the ensemble’s first.

Daniel Gilliam (b. 1978) is a composer from Louisville, Kentucky. He has garnered many awards and accolades and is also a founding member of the A/Tonal Ensemble. His careful treatment of the ensemble in his work, Variations, is no surprise. Of the work, the composer writes: “Ralph Waldo Emerson summarized music, without trying to, when he wrote in his 1841 essay, “Nature is an endless combination and repetition of a very few laws. She hums the old well-known air through innumerable variations.” Through this lens these Variations came to be. Owing debt to Wallace Stevens’ Variations on a Summer Day for structure and motive, these twenty (short) variations were composed during the winter of 2014/2015.”

Variations introduces a sparkling tonal language that is absolutely entrancing. The delicate playing of Borges and Simonds accentuate the often lyrical clarinet lines performed masterfully by RavenStem. A soundscape is established at the beginning of the work, and from that beautiful melodic lines and textures are born. Almost three minutes in, we have a recitative-like moment from the clarinet, in dialogue with the ‘cello giving way to a trading of timbres and formation of a new thematic area from only a rising scale.’ Truly beautiful in composition and execution, Gilliam’s Variations is a work you will want to listen to again and again to notice all of the subtle nuances in the music and its performance.

The other piece on the recording, Stem’s Consider, comes to us in two movements. Right from the beginning of the first movement we can hear the composer’s skillful use of timbral variation in the way the first sounds are morphed from the clarinet, to the violin, to the ‘cello, and then back. The piano twinkles, decorating the silence with lovely light arpeggio-like figures in the background. Dornan’s playing, though not displayed as a soloist throughout, is nonetheless breathtaking as it perfectly supports the colors around it and connects the textures. Nearing the end of the movement, we finally hear the solo piano movement that we are hoping for, and it does not disappoint. Stem’s understanding of the genesis of the sound of each instrument is a key element that makes this movement work so well.

Movement 2 is a departure from the more ambiguous sound bath style of the first movement, with a clear melodic line in the clarinet at the beginning, highlighting RavenStem’s lovely phrasing and tonal color. The articulate and chaotic motion of the strings and piano are juxtaposed throughout with the clarinet line present at the beginning and eventually joining the strings.

Though this recording is short, it is an excellent example of the artistry that can come from musicians working with local composers. Home-grown musicians came together to create a new ensemble and the resulting two works on this premiere album are evidence of what excellent things we can expect from A/Tonal Ensemble in the future.

Vanessa Davis, DMA, currently teaches clarinet at Stephen F. Austin State University. She performs throughout the U.S. and abroad, most recently in Belgium and Canada. Her dissertation won the Toulouse Dissertation Prize in Fine Arts.