FORUMS
This email address is being protected from spambots. You need JavaScript enabled to view it. 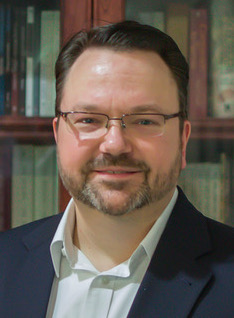 STAN PELKEY is Director of the School of Music at the University of Kentucky, where he has enhanced support for faculty research and development, expanded course offerings in music technology and electroacoustic composition, and launched initiatives to foster student innovation and greater diversity and inclusion in concert programming. He completed the M.A. in European History and the M.A. and Ph.D. in Historical Musicology at the University of Rochester / Eastman School of Music and has taught undergraduate and graduate courses in music history, theory, film music, world music, and entrepreneurship. Pelkey was the 2009 recipient of the Ralph Vaughan Williams Fellowship and has received grants from the American Handel Society and London Handel Institute. He coedited Anxiety Muted: American Film Music in a Suburban Age (Oxford University Press, 2014) and Music and History: Bridging the Disciplines (University of Mississippi Press, 2005), and he has written chapters on Dexter for NEPCA 2017: Proceedings of the Annual Conference of the Northeast Popular Culture Association (Cambridge Scholars Publishing, 2019), Doctor Who: “The Gunfighters” for Relocating the Sounds of the Western (Routledge, 2018), and Firefly for Buffy, Ballads, and Bad Guys Who Sing: Music in the Worlds of Joss Whedon (Scarecrow Press, 2010), as well as entries for Movies in American History: An Encyclopedia (ABC-CLIO, 2011). He has also published numerous book reviews in The American Historical Review, Music Reference.