TECHNOLOGY AND ONLINE RESOURCES
This email address is being protected from spambots. You need JavaScript enabled to view it. 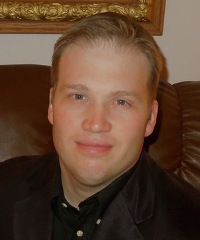 BRENDAN McCONVILLE is Associate Professor, Associate Director for Undergraduate Studies, and Coordinator of Music Theory and Composition at the University of Tennessee School of Music in Knoxville. He holds a PhD and MA in Music Theory/Composition, Rutgers University with an undergraduate degree from Johns Hopkins University and the Peabody Conservatory of Music. As a composer, McConville’s works have been commissioned, performed, televised, and recorded in the United States and in Europe. He recently received a Fulbright Scholar award to support research and compositional activities in Abruzzo, Italy. His music has been recorded on the labels Wide Classique, ERMmedia, and Navona, and has been published by BRS Music. As a music theorist, his areas of research include twentieth-century music analysis and the use of emerging technologies in theory pedagogy. His writings appear in scholarly journals such as Theory and Practice, The Journal of Music Theory Pedagogy, College Music Symposium, The Journal of Music Theory Pedagogy Online, and Tempo, and he is co-author of Music Theory Foundations: an Interactive eBook. His service to the College Music Society is extensive: he has served as Secretary-Treasurer and Board Member in Music Theory for the Southern Chapter and as is the President-Elect of that chapter. He is also highly active in the Association for Technology in Music Instruction, having presented on numerous technologies at the ATMI National Conference over the past decade and he has served as a Program Committee member for the group several times.