The Silence Between: Music for Piano. 2019. Kris Carlisle, pianist 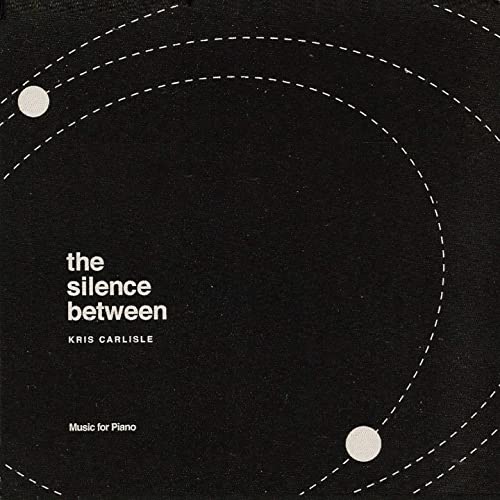 Kris Carlisle’s recent release, “The Silence Between” is a thoughtful exploration of the importance of silence in music. The album showcases the works of ten modern composers writing in highly varied and accessible styles. Though the album’s title may imply an abundance of slow, rest-riddled works, don’t be fooled; there are plenty of notes between the silence, too. Carlisle’s thoughtful programming explores the many facets of silence, from sonic and visual, to textural and contextual.

While an entire CD of lesser-known compositions can be daunting to the uninitiated listener, Carlisle proves to be an adept guide. The velvety textures found in the opening track, Dark/Light, gently ease the listener into these unfamiliar waters. Jason Bahr’s Prelude no. 13 provides contrast right away; the spiky texture of its opening is reminiscent of Samuel Barber, offering just enough familiarity in an otherwise potentially disorienting piece. The music evolves seamlessly into Greg Simon’s Blood on the Curb, where Carlisle’s fiery pianism is on full display, effortlessly guiding the listener through the abrupt register shifts, thick layers, and complex polyrhythms. On occasion, the sharp contrasts within the composition seem to be tempered by Carlisle in an effort to avoid too abrasive of a tone; I find myself occasionally craving a brighter, more aggressive touch in the top register. Just when the music reaches its demonic climax, Chris Ferebee’s Haints in the Pines offers a surprisingly tonal change of pace. Ferebee’s composition is the first on the CD to provide a more minimalistic treatment of the harmony, though the complexities in rhythm and meter continue. Fahad Siadat’s three Epilogues, spaced throughout the album, evoke a similar compositional style, providing a stylistic link throughout.

While the sonic instances of silence are obvious enough, Carlisle also seems to be suggesting a multi-faceted view of the concept. Arguably, silence can also be found in the printed score through long, held note values, such as those in “Love-lies-bleeding,” the final movement of Matthew McCabe’s The Language of Flowers. In live performance, this would translate into the stillness of the performer on stage, freezing time until the next interjection. Tracks such as Trent Hanna’s Deep Into the Darkness Peering imply silence in the programmatic material. One would typically assume there to be silence in the darkness, and Carlisle’s tone changes accordingly; the opening is reminiscent in touch and texture to a Chopin nocturne. The allusions to canonical piano repertoire don’t stop there; Joshue Nuñez’s Illustration I. -glass bears a striking resemblance to Debussy, with its whole tone clusters in the murky depths of the instrument. The listeners’ ears have been adequately primed for these uncharted waters by Hanna’s Deep Into the Darkness Peering, creating a subtle sense of symmetry in the architecture.

The theme of silence affords creative programming opportunities, allowing a space to showcase pieces that may otherwise feel out of place in a program of large-scale works. Carlisle’s thoughtful arrangement of tracks provides a natural architecture that captures the inherent variety between each composition.

Sarah Rushing, DMA, University of Colorado Boulder, NCTM is assistant professor of piano at West Texas A&M University. Rushing enjoys playing music off the beaten path and has appeared throughout the US. In 2013, she was featured on American Public Media’s “Performance Today.”